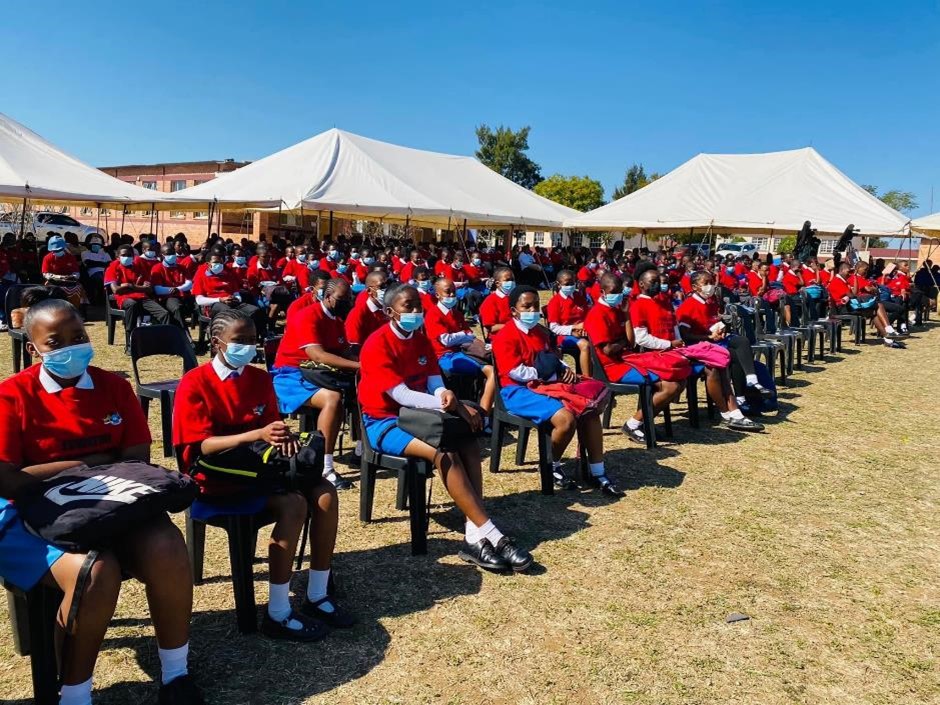 Lets talk to our kids about HIV

By the time kids reach 3rd grade, research shows that as many as 93% have already heard about HIV and AIDS

Following the recent celebration of International Youth Day on 12th August 2022, where we spoke about the youth and HIV, more parents shared how they were having it tough speaking to their kids about HIV. Today we seek to help parents initiate conversations with their kids about HIV, without making it a scary subject.

Let us first share the story of Dorothy Mokgomotsi, an HIV activist who lives in Ga-Rankuwa View in Tshwane, South Africa. She was diagnosed as HIV positive in 2005. She is married to a man to whom she disclosed her status when they were dating. He embraced her, and they live as a serodiscordant couple. The term “serodiscordant couple” refers to an intimate partnership in which one person is HIV-positive and the other is HIV-negative.

Dorothy’s message to parents is “Let’s talk to our kids. Let’s not let what happened to us, happen to our kids”. Dorothy talks to parents and young people about the empowering benefits of PrEP in ensuring an HIV-free generation, and encourages those who are living with HIV to disclose their status to their loved ones, so they can make informed decisions about their own lives and enjoy the support and encouragement of their families. Dorothy encourages the use of mobile clinics in communities and has one which comes to her home, to enable more young people in her community to access PrEP and other services for sexual and reproductive health. Pre-exposure prophylaxis (PrEP) is a course of HIV drugs taken by HIV-negative people to protect them against HIV infection.

By the time kids reach 3rd grade, research shows that as many as 93% have already heard about HIV and AIDS.

As upsetting and confusing as it can be to bring up the subject of HIV and AIDS with young children, it’s essential to do so. While kids are hearing about HIV/AIDS early on, what they are learning is often inaccurate and frightening. You can set the record straight—if you know the facts yourself. HIV is transmitted from person to person through contact with blood, semen, vaginal fluid, or breast milk. HIV can be prevented by using latex condoms during sex, not sharing “drug needles,” and avoiding contact with another person’s bodily fluids. So stay informed. Sharing this information with your youngster can keep her safe and calm her fears. Finally, discussing HIV and AIDS lays the groundwork for any future conversations about HIV-preventative behaviour. Here are some tips on how to get started:

Use a “talk opportunity” to introduce the subject of HIV to your child. For example, try tying a discussion into something your child sees or hears, such as a commercial about HIV. After you and your child watch the ad, say something like, “Have you heard about AIDS before? Well, what do you think AIDS is?” This way, you can figure out what she already understands and work from there.

Offer honest, accurate information that’s appropriate to a child’s age and development. To an 8-year-old you might say, “AIDS is a disease that makes people very sick. It’s caused by a virus, called HIV, which is a tiny germ.” An older child can absorb more detailed information: “Your body is made up of billions of cells. Some of these cells, called T-cells, help your body stay healthy by fighting off disease. But if you get a virus called HIV, that virus kills the T- cells. Over time, the body can’t fight disease anymore and that person has AIDS.”

Pre-teens should also understand how condoms could help protect people from getting HIV and that the disease can be transmitted between persons who share drug needles. (If you have already explained sexual intercourse to your children, you might add, “During sexual intercourse, the semen from the man’s body goes into the woman’s body. That semen can carry HIV.” If you have not yet talked about sex, don’t bring it up during initial discussions about HIV. It’s not a good idea for your child’s first information about sex to be associated with such a serious disease.

Children’s misconceptions about AIDS can be pretty scary, so it’s important to correct them as soon as possible. Suppose your 8-year-old comes home from school one day, tearful because she fell down on the playground, scraped her knee and started bleeding—and the other kids told her she would get HIV. As a parent, you might explain, “No, you don’t have HIV. You’re fine. You can’t get HIV from scraping your knee. The way you can get HIV is when the fluids from your body mix with those of someone who has it. Do you understand?” After such a discussion, it’s also wise to check back with your child and see what she remembers. Understanding HIV and AIDS, particularly for young children, takes more than a single conversation.

Praising our children frequently, setting realistic goals and keeping up with their interests are an effective way to build self-esteem. And that’s important, because when kids feel good about themselves, they are much more likely to withstand peer pressure to have sex before they are ready, or to not do drugs. In short, they are less likely to engage in behaviour that could put them at risk for HIV.

Some adults mistakenly believe that AIDS is only a disease of homosexuals. Whatever your beliefs, try not to let your opinions or feelings prevent you from giving your child the facts about HIV and its transmission—it’s information that’s essential to their health and safety.

Be prepared to discuss death

When discussing HIV and AIDS with your children, questions about death may come up. So get ready to answer them by reading books. Here are three helpful tips:

What is AIDS?
AIDS is a very serious disease that is caused by a tiny germ called an HIV virus. When you are healthy, your body can fight off diseases, like Superman fighting the bad guys. Even if you do get sick, your body can fight the germs and make you well again. But when you have AIDS, your body cannot protect you. That’s why people with AIDS get very sick.

Can kids get HIV?
Very few children get HIV. But if they were born to a mommy who has HIV, they could get it during pregnancy, birth or breastfeeding. A long time ago, some kids who had hemophilia—a disease that means their blood doesn’t have enough good cells, so they need to get blood from other people—got HIV when they got blood. But that doesn’t happen anymore. (NOTE: If your child already knows about the link between sex and HIV, you might also add, “Sometimes teenagers who have unprotected sex or who share drug needles get HIV.”

How can you tell from looking at someone if they have HIV?
You can’t. Anyone, regardless of what they look like, can get HIV. People find out if they have HIV after being tested by a doctor. Therefore, the only way to know if someone has HIV is to ask them if they have been tested and if the test results were positive for HIV or not.