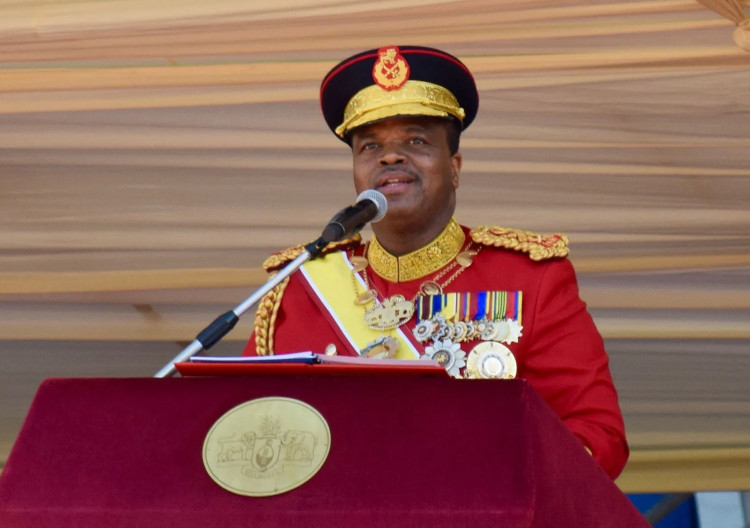 FOCUS ON THE FIGHT AGAINST AIDS, NOT THE FRIGHT Sibhekene ngco! ne AIDS, asiyesabi

NERCHA Council, Management, Staff and all stakeholders in the national multisectoral HIV Response, send profound gratitude to His Majesty King Mswati III for the speech from the Throne delivered during the state opening of the 4th session of the 11th Parliament on Friday 4th February 2022. Bayethe Wena Waphakathi!

This was  a momentous occasion as the King set the tone and gave direction on the country’s HIV and AIDS  agenda for the year 2022 and beyond. His Majesty called for collective responsibility in the fight against AIDS, saying let us leave no one behind in our efforts to eliminate the pandemic.

His Majesty acknowledged that the HIV and AIDS response worked tirelessly to ensure that the wonderful gains made are not lost, despite the prevailing challenges associated with the COVID-19 pandemic. Indeed enormous gains have been made towards vision 2022 but due to emerging pandemics like Covid-19, progress shows that there is no end for HIV prevention and control.

We say Bayethe because of the High level political commitment the HIV Response has been receiving since 1999 when His Majesty declared HIV and AIDS a national emergency, proclaiming that; “i-HIV neAIDS yindzaba yetfu sonkhe”. Once again in 2015, His Majesty commissioned the response to work towards ENDING AIDS by 2022. The results speak for themselves as in July 2020, the UNAIDS global report singled out Eswatini as the first African country to attain the 95-95-95 global targets of ENDING AIDS as a public health threat.

These targets mean 95% of people living with HIV in Eswatini know their status, that 95% of those who know their HIV positive status are accessing treatment and that 95% of people on treatment have suppressed viral load. This translates to an entire generation of children who are likely to be born HIV free because of wide treatment coverage.

This success can be attributed to the robust investment in HIV prevention and treatment interventions targeting the hardest-to-reach and most vulnerable populations. These interventions  include adolescent girls and young women who continue to be disproportionately affected by HIV. This shows how great progress is made when government commits to investing in the health of her people.

Moving forward: Focusing on the Fight against AIDS

Focusing on the fight against AIDS means sustainability of HIV Services and other relevant social and economic interventions that impact the HIV pandemic. According to The Eswatini HIV Estimates and Projections Report of 2020, the HIV prevalence in Eswatini for the age group 15-49 years is estimated to be 26.8%, therefore, this is no time to be complacent. Total new HIV infections among adults aged 15 years and older were 4,800. Among adolescents and young people, new HIV infections were 2,100. Overall, a third of all new HIV infections occurred among adolescents and young women.

This is an area of concern requiring that we strengthen our prevention interventions. As of 2020, the total population of people living with HIV in Eswatini was more than 200, 000 (76,700 males and 123,400 females). When we unpack these statistics, we realize that certain sub-population groups are left behind in equal access to HIV prevention, treatment and care services. In eliminating AIDS, continued intervention measures are still required including providing life-long care and treatment for those living with HIV.

Hence, HIV prevention and control programmes cannot close down for the foreseeable future. This rather demands a paradigm shift from a fully vertical to an integrated health system response that provides services according to disease burden towards universal health coverage. This will ensure the sustainability of HIV services, post-2022 and post 2030. These all entail unrelenting political commitment, increased and sustainable funding from both national and global sources.

This year we need to get the National vision of ending AIDS back on track. Sustaining it requires that all relevant interventions are arranged and provided in continuum. This includes reducing vulnerability to HIV transmission as well as linking people to care through early initiation to ART. The response should boost the five pillars of combination prevention such as condom promotion, programmes focused on key populations, pre-exposure prophylaxis (PrEP), Voluntary Medical Male Circumcision (VMMC) and combination prevention for adolescent girls and young women. More efforts are needed to know the epidemic and the response and target key populations and locations, while services are differentiated, provided, and managed according to the needs of People Living with HIV.

And not the fright

Simply put, the fright comes from Stigma and discrimination associated with HIV. Despite the enormous efforts made towards eliminating AIDS, stigma remains a challenge not just for people already diagnosed with HIV but even for those who are still scared to go for an HIV test.

For us to get over the fright, let us be more open about HIV, let us talk about it in dialogues in our communities, let families support those living with HIV, all social gatherings and secondary institutions should be more embracing of people living with HIV.

As a country we will continue the collaboration to ensure that the gains achieved are unrelentingly protected. We will remain steadfastly focused. Sibhekene ngco! ne AIDS.