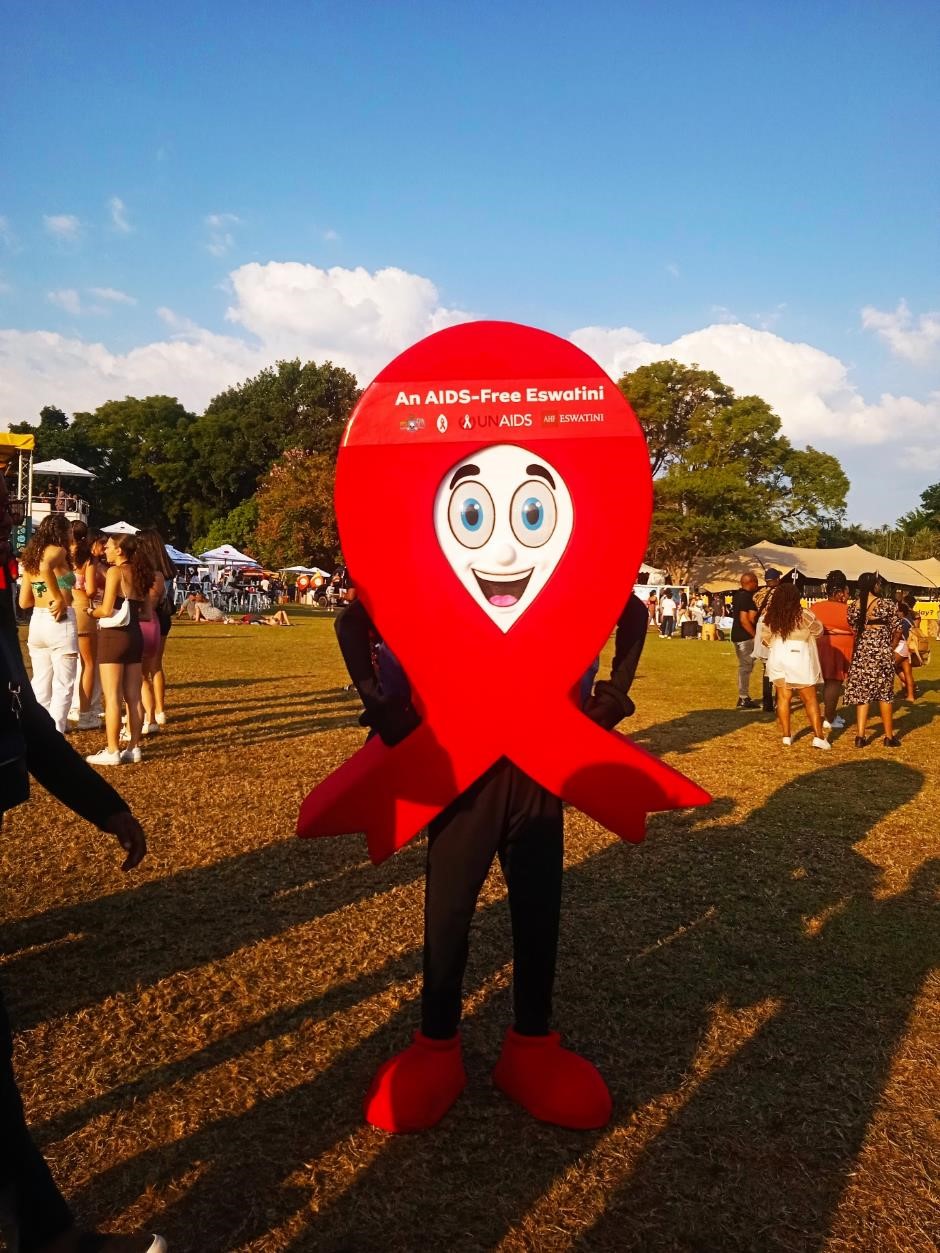 ……HIV Prevention services have also aligned themselves to traditional ceremonies

After two years of the absence and/or scaling down of the annual Umhlanga Reed dance ceremony, this year spirits are very high among the Imbali regiment as the ceremony is back with full attendance.

This week saw thousands of young girls gather at the Ludzidzini and Ngabezweni Royal Residences respectively to register for the annual ceremony which is a celebration of chastity for the Liswati girl child. During the course of the ceremony, NERCHA and partners offer HIV Prevention and Sexual Reproductive Health services as well as Social Behaviour Change Communication. Worth noting and yet worrisome is that, even though new infections have dropped considerably, adolescents and young people represent a growing share of people living with HIV in Eswatini, as new infections are the highest among women and girls. Therefore, it remains crucial for the country to recognize that much still needs to be done to ensure that the youth uses services that have been made available to them. This also means our efforts must centre around working with young people to provide them with knowledge about HIV and how to avoid infection.

HIV Prevention services have also aligned themselves to traditional ceremonies and cultural events as a means of passing the message to specific population groups, depending on the ceremony. Eswatini’s unique culture has become so welcoming that it allows different sectors of society to impart skills and knowledge to Emaswati using the various events such as Buganu Festival, Umhlanga Reed Dance leading to the Incwala ceremony and Lusekwane ceremony. During the annual Umhlanga Ceremony, NERCHA, Khulisa Umntfwana and partners in the multisectoral  HIV Response take the time to visit young girls in their rest camps and teach them about different HIV prevention methods. Social behavior change communication has proven to be one effective strategy of reducing new HIV infections and other sexually transmitted infections.

Since yesteryears before COVID-19, NERCHA and partners would conduct education on HIV and AIDS, as well as sexual reproductive health to adolescent girls attending the reed dance. This program is part of the in and out-of-school  interventions to HIV prevention targeted at young girls. It is on this basis that the Umhlanga ceremony was identified as a key entry point to target young girls since the cultural event provides a captive audience for a whole week, which provides an opportunity for HIV and AIDS education to be delivered to the young girls and their views gathered. The reason for this intervention is that although much has been done to engage young people on HIV Prevention, evidence shows that young people have access to information and have knowledge about HIV but their behaviour does not reflect same.

Therefore, turning the tide against this trend requires a collective responsibility from government, development partners and civil society organizations to invest in programs that will help prevent new infections amongst the youth. However, it is also worthy to give credit where it is due, as the country has built up commendable momentum in the response to HIV and AIDS on all fronts, as much progress has been made in HIV Prevention, impact mitigation and on treatment, care and support. As we speak, treatment is now widely available and the country continues to scale up its efforts aimed at preventing new infections and assisting those who have been made vulnerable as a result of HIV and AIDS.

While Eswatini has achieved the global target of 95-95-95, these gains can be easily reversed if the vulnerable groups, being adolescents and young women are not placed at the centre of the response. The National Strategic Framework 2018-2023 provides that comprehensive HIV prevention package of services should be used in conjunction with other methods of prevention such as female and male condoms.

This year’s Umhlanga HIV Prevention intervention will be held under the theme Eswatini sivikela umliba; Sinaka imfundvo. Activities will be held during the Imbali rest day on Saturday 3rd September 2022.

HIV and AIDS peer educators are prevalent at the Umhlanga ceremony from start to finish as they begin their youth engagements at community and chiefdom level before the actual week long ceremony. The public is invited to join the virtual session on Saturday and engage with the panelists as they deliver information in an interesting manner.

The aids mascot SIYANCOBA pictured at the recent Bushfire Festival where he was launched. He will also be at the Reed dance ceremony this coming weekend