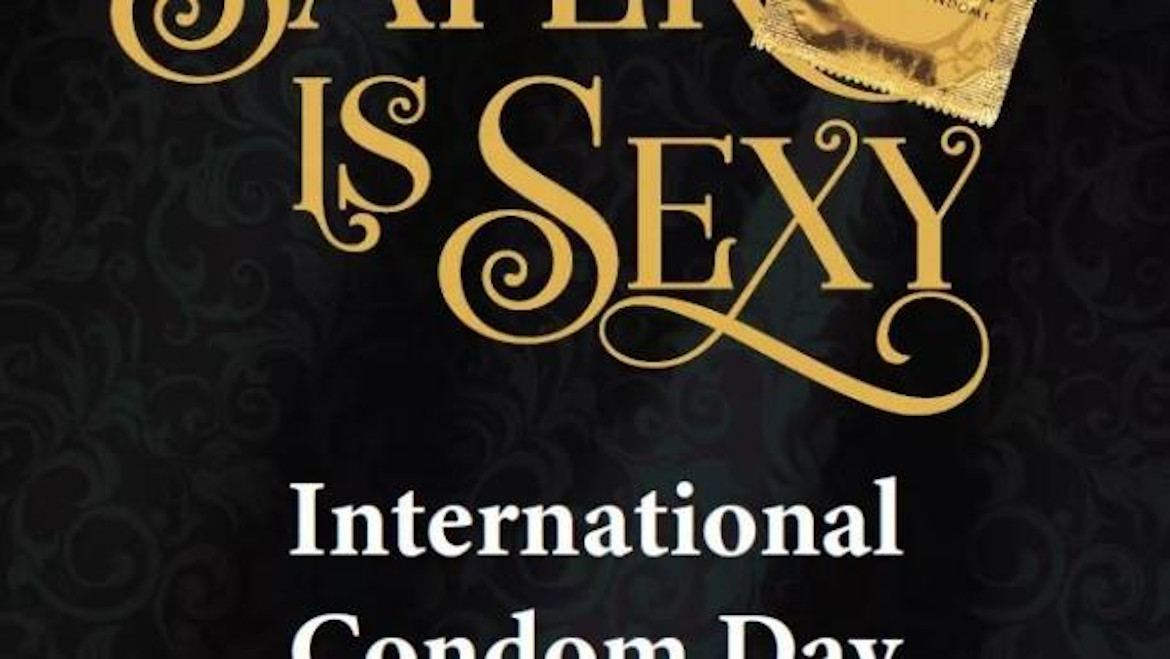 International Condom Day to put "FUN BACK IN SAFER SEX"

International Condom Day to put “Fun back in Safer sex”

It's finally here, Valentine’s day that is. It is here!

This is a day on which we celebrate and express love, care, and feelings to loved ones - be it spouse, family or relative, partner, sibling, and friend. This Valentine’s, partners and spouses are encouraged to add one more item in their “to-do” lover’s day list. This is an opportune time to take an HIV test together, support one another no matter what, and most of importantly, remember that everyone needs love. Love yourselves enough to look after your health.

If you are a motorist and use the Galp Service Stations, today the AIDS Healthcare Foundation (AHF) Eswatini and partners will be doing condom promotion and distribution at 3 Galp Filling Stations in Mbabane (10:00hrs – 11:30hrs), Matsapha (12:00hrs – 14:00hrs) and Manzini Central (14:30hrs – 16:30hrs).

Informally celebrated on February 13th, International Condom Day (ICD) uses its place on the Valentine’s day eve to offer a timely reminder about the importance of sexual health and relationships. The AIDS Healthcare Foundation (AHF), the largest global AIDS organization operating in 38 countries, celebrates the day by promoting prevention of STIs, HIV and unwanted pregnancies through free condom distribution and safer sex awareness events and activities. In the country, International Condom Day is led by AHF in collaboration with the Ministry of Health, The National Emergency Response Council on HIV/AIDS (NERCHA), The United Nations Population Fund (UNFPA), Population Services International (Eswatini).

This year, AHF’s fun and informative International Condom Day will be held in partnership on Saturday February 15th at the George Hotel Gardens, from 12 noon until 20:00 hours, to promote HIV and Sexually Transmitted Infections (STIs) prevention and healthy lifestyle choices. This theme is “Safer is Fun.”

Run under the “Always in Fashion” campaign, the condom marketing and promotion event to be held tomorrow, may to the curious mind raise the question, “Where is the fashion sense in condoms?”. The answer is that condoms (the most affordable way to avoid STIs and unwanted pregnancies) express who you are. They make a statement about your priorities, that is, that you care about your health and that of your partner. They are easy to carry, and with hundreds of sizes, textures, colors and flavors, you can stick with what you like or change it every time.

“Our ICD events are a fun way to bring people together and get them information about how to keep themselves and their loved ones safe and healthy. International Condom Day also helps remind people that there is still an HIV crisis across the globe – and keeping people engaged through the ‘Always in Fashion’ campaign is a great way to raise awareness and fight the epidemic” said Terri Ford, AHF Chief of Global Policy and Advocacy.

In the Kingdom of Eswatini, the 2020 International Condom Day will serve to bring condoms to the spotlight, in a fun way. AHF in partnership with Swaziboy - the country’s leading entertainment stable - has put together a music show that will appeal to sexually active young adults and adults, who are the target audience. A plethora of music artists has been lined up to make the day as fun filled as possible, including performances by Dr. Shakes, the comedian and seasoned and exciting artists such as KRTC, Nobuhle, DJ Wicked, DJ Crooks, Mistosoul, Fantasy, to name a few. Those in attendance will surely be entertained at the same time as they are provided with important information on how to bring fun into condom use.

AHF realizes that though condoms are always in fashion, they are not always available, affordable or attractive, so the organization will also use the day to distribute thousands of condoms, for they still remain the most effective way to prevent HIV and other sexually transmitted infections as well as preventing unwanted pregnancies.

“AHF is putting sexy back in safer sex. Our brands of condoms, Love and Icon, send clear messages. Love is the best protection!” said AHF President Michael Weinstein. “A man can be an Icon by protecting his partner and himself.”

Weinstein adds that “Promoting safe sex practices is also incredibly important in a time when funding for global health has remained flat for the last several years. That lack of funds also includes money for condoms, so it’s critical that we get the message out about how important they are for staying healthy and disease-free, particularly in countries that experience higher prevalence rates for HIV.”

When one considers the correlation of STIs to HIV infection, the role played by STIs is glaringly clear, as in the country, adults aged 15 to 49 now have an estimated HIV prevalence rate of 27% and new HIV infections (15 years and above) are estimated at 6 800. To an extent, STI cases can be used as a measure of the population’s sexual behavior, in terms of condom usage and (dare I say) promiscuity.

That said, it is crystal clear then what needs to be done if we are to achieve the 95-95-95 targets set by the country’s HIV response. To get 95% of people living with HIV that are on antiretroviral therapy, to be virally suppressed, is key to preventing new HIV infections. However, even when people are virally suppressed, condoms will still need to be marketed, embraced and used correctly every time.

Young people should preferably stay away from all sexual activities. Smart boys and girls should be careful what friends tell them about early romantic relationships, as it may tempt them into sexual activity and expose them to unwanted pregnancy and sexually transmitted infections, including HIV. It is cool for young people to keep their sexuality until they are matured enough to deal with the consequences of sexual activity. Delaying sexual debut provides capacity for increased responsibility in dealing with sex related problems. It is the safest and smartest option.

With over 90% of the country’s new HIV infections attributed to heterosexual transmission, the condom remains a key prevention tool for all people that choose to have sex. Correct and consistent use of condoms (male and female) as a protective measure when confronted with sexual activity provides an over 95% efficacy in protection against HIV infection. When not used correctly and consistently however, that protection is reduced.

It is interesting that in as much as many may feel that the subject of condoms and their use, is one that has been done and re-done over to death, somehow the condom use message is just not getting through enough. There remains need to strengthen condom promotion, education and distribution.

The AHF led International Condom Day will offer numerous sexual and reproductive health services, including HIV testing which is the window to accessing HIV prevention, care and support services. The public is encouraged to be part of the AHF event in order to take up these services.

Let’s meet at the George Hotel Gardens to see how “Safer is Fun!”