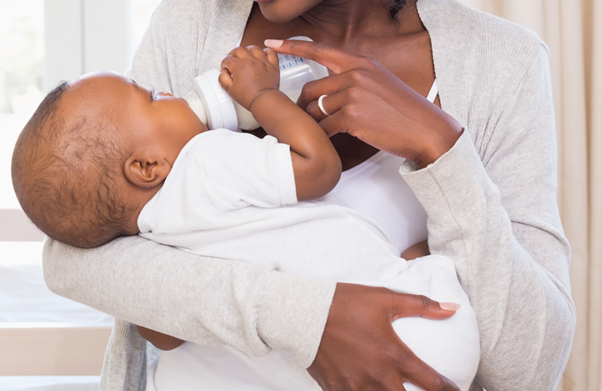 Two weeks ago, we commemorated International Breastfeeding week, breastfeeding mothers have been receiving messages of support for their breastfeeding journeys because indeed breast milk is the best source of nutrients. During this period, we also receive various concerns from HIV positive women about whether they can have healthy babies, from pregnancy to breastfeeding. And although women living with HIV can actually breastfeed, medical advice given to women living with HIV about infant feeding has changed many times over the past 20 years and is likely to continue to evolve. This reflects our increased understanding about the science of HIV transmission as well as advances in HIV treatment.

The advice given also differs according to where you live. In the UK and other high-income countries, for instance, the safest way for a mother living with HIV to feed her baby is to bottle feed using formula milk. In low income countries however, mothers are advised to breastfeed. This is because overall it is safer for a child to have breast milk than infant formula made with unsafe water and bottles that have not been sterilised. However, even in places where infant formula is officially recommended, mothers living with HIV may still be supported to breastfeed by healthcare professionals in certain circumstances, if they are on effective treatment and agree to more frequent check-ups and to follow medical advice.

What is the risk of passing on HIV to your baby during feeding?

If you use formula feeding, the risk of HIV transmission is zero. In the UK and other countries where women can formula feed safely, you are advised only to feed your baby with formula milk from birth. If you have been on treatment for a while and it is working well, the risk during breastfeeding is low. It does however depend on your viral load, your own state of health, your baby’s health and how long you breastfeed the child. Breastfeeding is only recommended where formula feeding is not considered safe, for example in low income countries. Taking antiretroviral treatment substantially lowers the risk of passing on HIV through breast milk. Some estimates put the risk of transmission after birth at 1% if a woman breastfeeds for six months, and at almost 3% if she breastfeeds for one year. In most of the studies on which these figures are based however, not all the women were taking treatment for the whole time they were breastfeeding. The more recent PROMISE study, in which mothers received HIV treatment for the entire time of breastfeeding, estimated the risk of transmission at 0.3% after six months of breastfeeding and 0.6% after 12 months. Higher viral loads were associated with a greater risk of transmission. This study found two cases of babies acquiring HIV despite their mothers having an undetectable viral load at the time.

If neither you nor your baby are on HIV treatment, it has been estimated that over two years of breastfeeding there is around a 20% chance of the child acquiring HIV. Giving food, formula or water in addition to breast milk (known as ‘mixed feeding’) in the absence of treatment does not lower the risk but makes HIV transmission more likely. More research is needed to find out how long you need to have been on treatment for before starting breastfeeding, as well as the impact of adherence and viral load on transmission.

The World Health Organization (WHO)/United Nations Children’s Fund (UNICEF) Guidelines on HIV and Infant Feeding were most recently updated in 2016. These guidelines are intended mainly for countries in Africa and Asia with high HIV prevalence and settings in which diarrhoea, pneumonia and undernutrition are common causes of infant and child deaths.

The recommendations state that mothers living with HIV should exclusively breastfeed their babies for six months, then introduce appropriate complementary foods and continue breastfeeding up to at least the child’s first birthday. This is similar to the advice for women in the general population. During this time, mothers should be fully supported to adhere to their HIV treatment by their healthcare team.

Although there is still some risk of passing HIV to their babies, mothers living with HIV are advised that breastfeeding provides a better chance of surviving than when using infant formula. Babies fed with formula milk in these countries have a greater risk of diarrhoea, pneumonia and malnutrition. Breastfeeding provides many short- and long-term health benefits to both mother and child and plays an important role in child development.

If you choose to breastfeed

Globally, WHO recommends exclusive breastfeeding for the first six months of life, followed by continued breastfeeding with appropriate complementary foods for up to two years or beyond. WHO recommends that mothers take HIV treatment throughout. We know that taking antiretroviral treatment for mothers living with HIV significantly reduces the risk of HIV transmission through breastfeeding and also improves their health. If you choose to breastfeed, it is essential to continue to take HIV treatment and to maintain an undetectable viral load throughout. You will be asked to come for monthly check-ups at your clinic with your baby. These will continue while you breastfeed and for two months afterwards.

Certain factors increase the risk of passing on HIV to your baby. If you an upset stomach, you may not absorb your HIV medication properly. If your baby has an upset tummy, HIV may be more likely to enter their bloodstream.  It may help to have some breastmilk frozen, in case you need to stop because of a concern about stomach problems or an infection. That way you can continue to give your baby break milk without increasing the risk and can return to breastfeeding once you and your baby are both well again.

Health Professionals recommend breastfeeding for six months at most. When it’s time to stop breastfeeding, it is important that you stop altogether before giving your baby other food or liquids. Weaning (gradually stopping breastfeeding) is not recommended for babies born to mothers living with HIV. The less time you breastfeed, the less risk there is of passing HIV on.